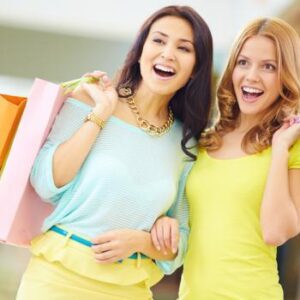 allaboutshoppingtrends carts are provided by a store for customer use. Customers use shopping carts as a convenient way to collect merchandise as they shop around the store. The customers collect the desired merchandise in their cart and continue to the check-out stand to pay for their goods. Once they have gone through the check out line, customers transport the paid merchandise from their shopping cart to their cars. Often times they do not bring their carts back to the appropriate destination, leaving them scattered throughout the parking lot, or even worse they are stolen! Lost shopping carts can add up to an eight to ten thousand dollar drain in your revenue each year. Lost or stolen shopping carts have become such a nuisance that over 200 cities around the United States have implemented ordinances requiring retailers to find ways to keep their carts from leaving their property. Fortunately there are a number of solutions to prevent shopping cart theft. Electronic systems such as locking wheels, the boot or brake shell, and alarm systems are effective in preventing shopping cart theft. Physical limitations such as security guards, vertical pole attachments, and magnetic strips can be effective in preventing shopping cart theft as well.

The most effective way to prevent people from stealing shopping carts is an electronic wheel locking system. This system works with a thin wire embedded below the surface of the perimeter of the stores parking lot. If the wheel is pushed beyond the perimeter it will automatically lock disabling the cart. The wheels can be unlocked by the touch of a button on a remote control.

Alternatively, the boot or braking shell is not inside the wheel but rather a covering. When the shopping cart is taken beyond the stores designated perimeter, the braking shell covers the wheel disabling it from rolling. One drawback to this method is that if any part of the boot breaks, the entire mechanism must be replaced. It is easy for dirt, snow, and other materials to get jammed in the boot and disabling it. Another downside to this method is rather than using a remote control to unlock the wheel like the electronic wheel locking system, one must bend down and unlock the boot manually in order for the cart to be of use again.

Motorized shopping carts are popular among the elderly or shoppers with disabilities. These carts tend to be extremely expensive and therefore highly desired by thieves! Losing just one motorized shopping cart can hit retailers hard financially. To prevent the loss of these assets, a wireless device attached to the back of the motorized cart preventing the cart from working when it reaches the designated invisible barrier. The cart can be reactivated with the touch of a button on the store’s remote control, or by pushing it back into the unlock field.

Security guards are people hired to protect property, assets, and people. Shoppers are less likely inclined to steal shopping carts if they know they are being watched. Security guards reduce shopping cart theft tremendously, however hiring additional personnel can become costly. In order for security guards to have a significant impact, one must be placed at each exit way of the parking lot to ensure no one leaves with a shopping cart.

A physical limitation that reduces shopping cart theft is the implementation of the vertical pole. This pole is attached to the shopping carts preventing the carts from leaving the store. The only downside to this method is the inconvenience it may have on customers who have large amounts of groceries or merchandise that they need to transport from the store to their car.

The Difference Between Product Development and Engineering